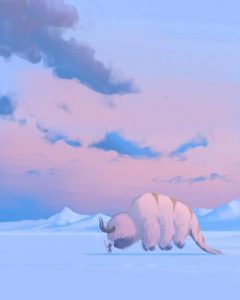 Today seems to be filled with awesome geeky news. We just learned that Netflix is getting a live action Avatar: The Last Airbender series. This isn’t like the live action movie, which we aren’t supposed to talk about, but seems like a legit better version. The creators of the original animated series (Bryan Konietzko and Michael DiMartino) have signed up with Netflix to produce and run the series. Since they’re the creators and not like M. Night, it will be a welcomed version.

We have every right to be skeptical on this but I, for one, am hopeful simply due to this quote from the creators. “We’re thrilled for the opportunity to helm this live-action adaptation of Avatar: The Last Airbender. We can’t wait to realize Aang’s world as cinematically as we always imagined it to be, and with culturally appropriate, non-whitewashed cast. It’s a once in-a-lifetime chance to build upon everyone’s great work on the original animated series and go even deeper into the characters, story, action, and world-building. Netflix is wholly dedicated to manifesting our vision for this retelling, and we’re incredibly grateful to be partnering with them.”

We also have a concept art that was part of a tweet that we can assume is Aang and Appa.

I watched and have rewatched many times both Aang and Korra’s story and with this announcement I am going to be watching it again this weekend. So hyped for this!

Oh My Glob! WHO IS THAT SEXY GEEK WITH HIS VERY OWN COMIC BOOK!??