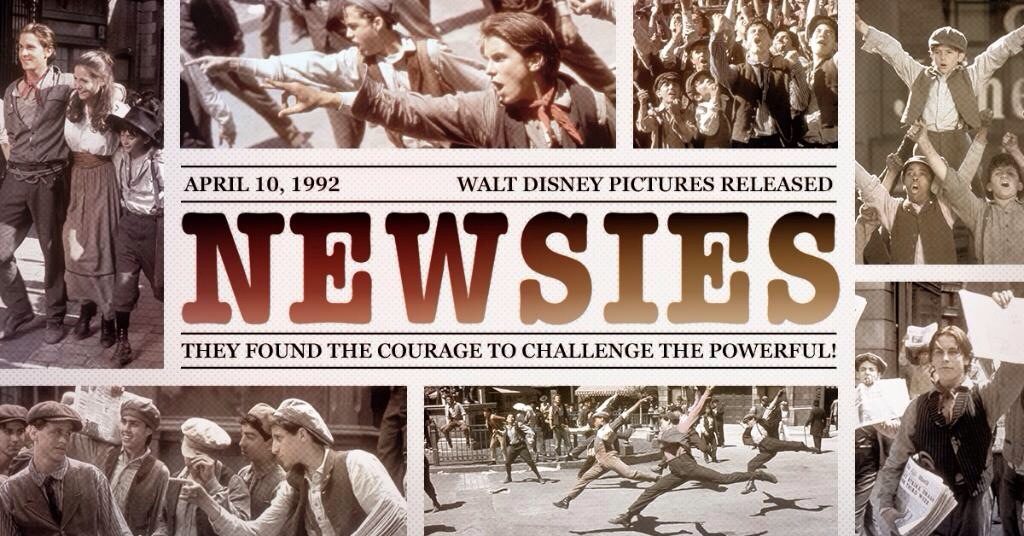 I didn’t realize that this week marks the 25th anniversary of Newsies. Holy hell, that’s awesome! I’ve seen the movie multiple times, and I’ve seen the Broadway play twice. I know the movie received horrible reviews originally when it came out but slowly gained a small cult following that prompted the Broadway musical, that I feel is great in it’s own way. Now this musical, which was in theaters briefly, will be released as a digital download.

I just recently found out that Supergirl actor Winn, Jeremy Jordan, was Jack Kelly in the play for a while. I like him even more now! He’s super cute and very talented. His character on Supergirl screams bisexual too. Just saying.

Also, the actor that played Crutchie in the play, Andrew Keenan-Bolger, was totally plowed by Murray Bartlett in the show looking. Damn. That was hot.

I will say that I enjoyed the movie more since there was a very obvious bromantic/homosexual relationship with Jack and David. The play completely washed that aspect away and downgraded David’s character to almost being a supporting cast member. Sadly, I am pretty sure that was done purposely to take away some of the gay feels that the original had.

I am still happy for this regardless. The digital download for the musical will be available at: DisneyMoviesAnyWhere.com
By the way, the cast of the original Newsies filmed their own ‘horror’ movie on set while making Newsies. It’s quite funny to watch all the way through. The whole thing is on YouTube.
Below is the first part.
Tags: newsies

3 thoughts on “Newies 25th Anniversary – Broadway Musical Digital Download is Coming on May 25, 2017!”