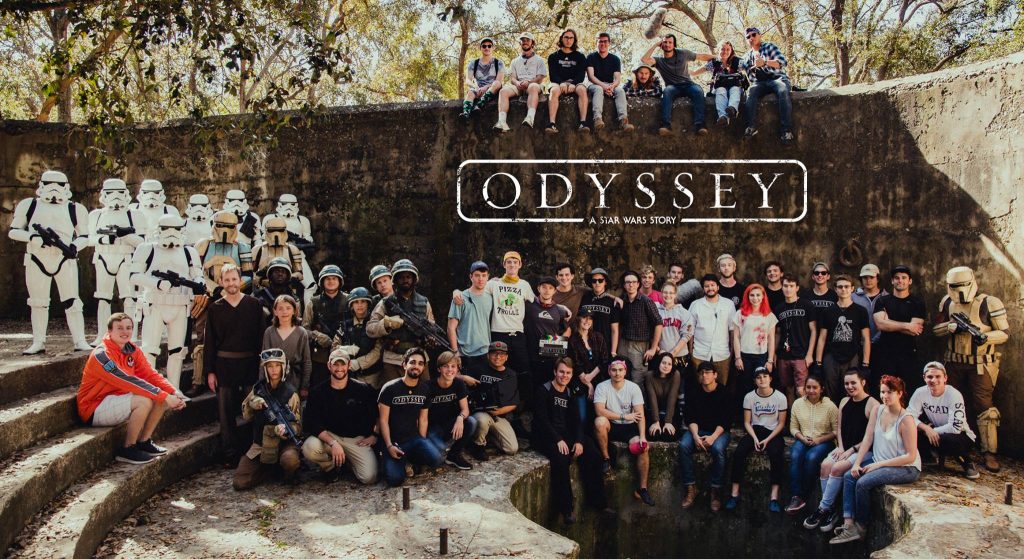 Have you heard of the upcoming fan film – Star Wars: Odyssey? Most fan films focus on the Jedi or the Sith, but this film is taking place before the events of A New Hope and looks at the soldiers in the Rebel Alliance. So far, only a small trailer has been shown, but for fan film quality, this is incredible. I am following them anxiously to see more of their work.

The description for the film reads: Odyssey: A Star Wars Story is a magnified look at the soldiers that made up the rebel alliance during the Galactic Civil War. Five Years before the events of A New Hope, Quinn Kiner, a member of Odyssey squadron, sets out on a reconnaissance mission to the Imperial Occupied Moon of Anjek. They must personally deliver a message to a rebel contact while evading the empire’s forces. Given they were strictly ordered not to interfere with civilian affairs, Quinn must make a decision that could threaten the lives of his comrades.
To check out their website, head to: www.mav-films.com/odyssey
Their Facebook: www.facebook.com/odyssey.starwars/

1 thought on “Star Wars: Odyssey – Fan Made Film in the Works That Focuses on the Rebel Soldiers”