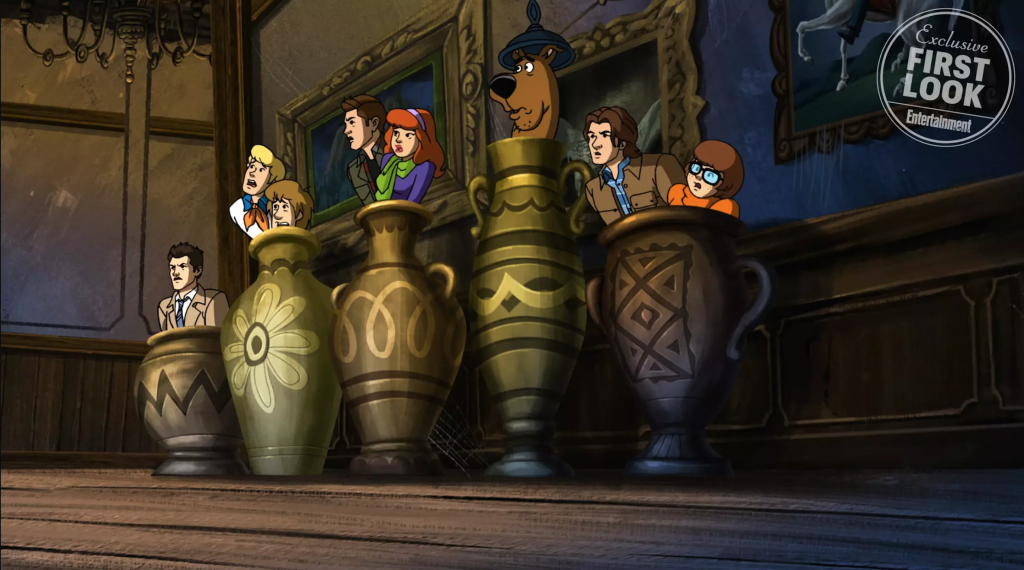 There is a Supernatural/Scooby-Doo crossover entitled “Scoobynatural” that airs on Thursday, March 29, at 8 p.m. ET on the CW. This should be hilariously awesome! Entertainment Weekly has a first look at this episode that I have been waiting for patiently for the past few months. It will be a real episode that has the Supernatural Winchester Brothers, and their angel boytoy, Castiel, crossover into the cartoon Scooby Doo world. It sounds like fan fiction, but it also seems like a great idea to happen in a cartoon episode as well.

Personally, I am excited to see how this will be play out. I do think the art of Castiel looks odd, but it’s not a deal breaker or anything. I’ll give my thoughts on the episode when I see it. What do you think? 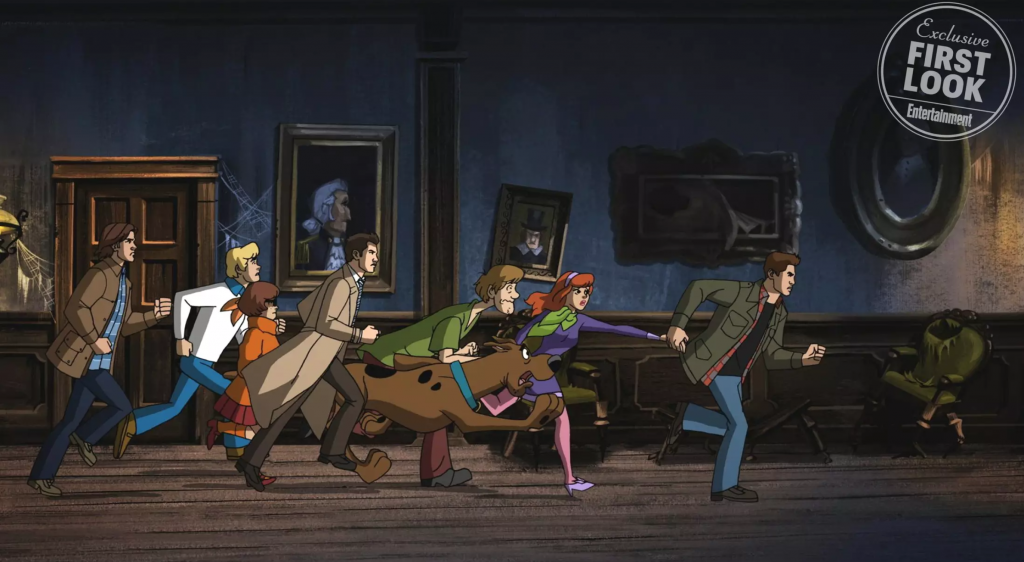