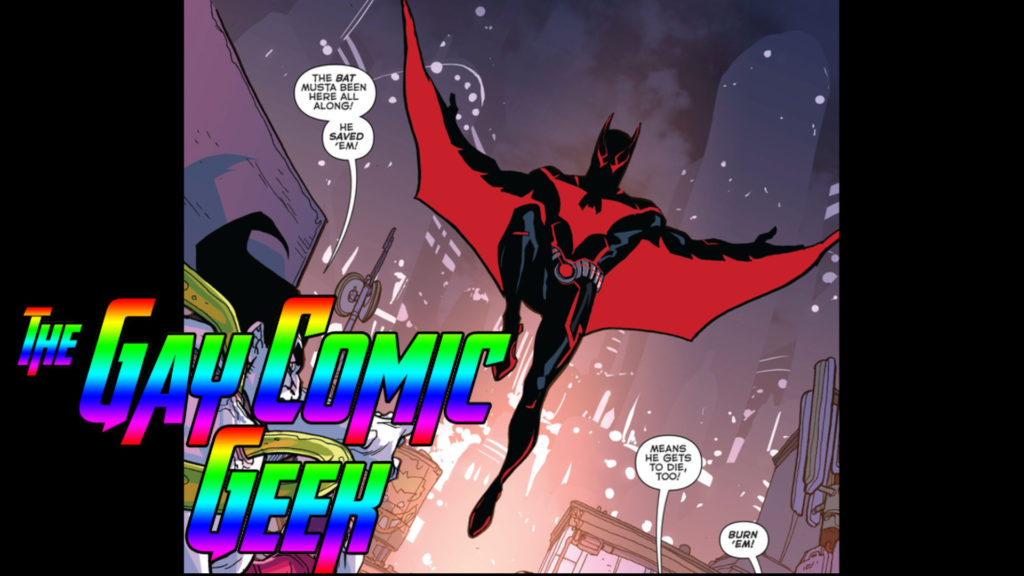 It’s comic book day! Lots of great comics came out this week.
Superman Action Comics #972 – Lex and Superman become uneasy allies and forget past issues.
Wonder Woman #15 has Princess Diana in a mental health hospital. She has lost it after finding out that her past is completely a lie.
Batman Beyond #4 – Terry gets his new costume and it is pretty fracking cool!
Steve Rogers Captain America #10 – Steve’s origin with being a secret Hydra Agent is being explored more with his background before the super soldier serum.
Hulk #2 – Jennifer Walters is struggling with her own anger issues and is also trying not to ‘Hulk Out’ with the problems she’s face in her personal life.
Inhumans vs X-Men #3- The X-Men have made the first strike. Now the Inhumans are going to make the next strike in this war.
Star Wars #27 – A Yoda backstory before Episode I. Anything Yoda is cool!
Thanos #3 – Thanos is dying. He is also attacked by the Shi’ar Imperial Guard and totally has his ass handed to him. It was awesome!
Visit my Patreon site: Patreon.com/GayComicGeek
My Facebook Page: Facebook.com/TheGayComicGeek
Subscribe to my YouTube channel at: YouTube.com/TheComicBookGeeks
My Instagram Page: Instagram.com/GayComicGeek
Tags: comic, load

2 thoughts on “Wonder Woman is Insane, Thanos vs. The Shi’ar Imperial Guard, New Batman Beyond Costume and More – Comic Load – 1/25/2017”

3 months ago admin
Do NOT follow this link or you will be banned from the site!