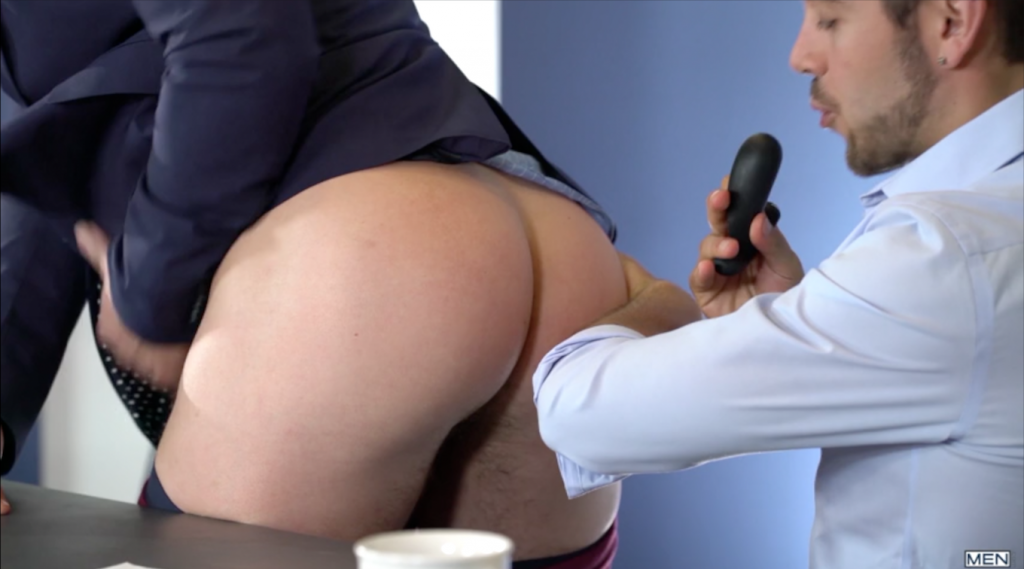 What is the Ass Controller series? Generally, one guy has a butt plug controlled through an app by another guy off screen. The vibrations go from mild to – HOLY FUCK, I’M JIZZING IN MY PANTS! This scene has news anchor Casey Jacks being controlled by his Producer, Dante Colle. Holy crap, this series has gone on for 9 parts and I hope more are made later down the line. Special cameo appearance by Alaska Thunderfuck.
To see the scene in its entirety, go to: Men.com