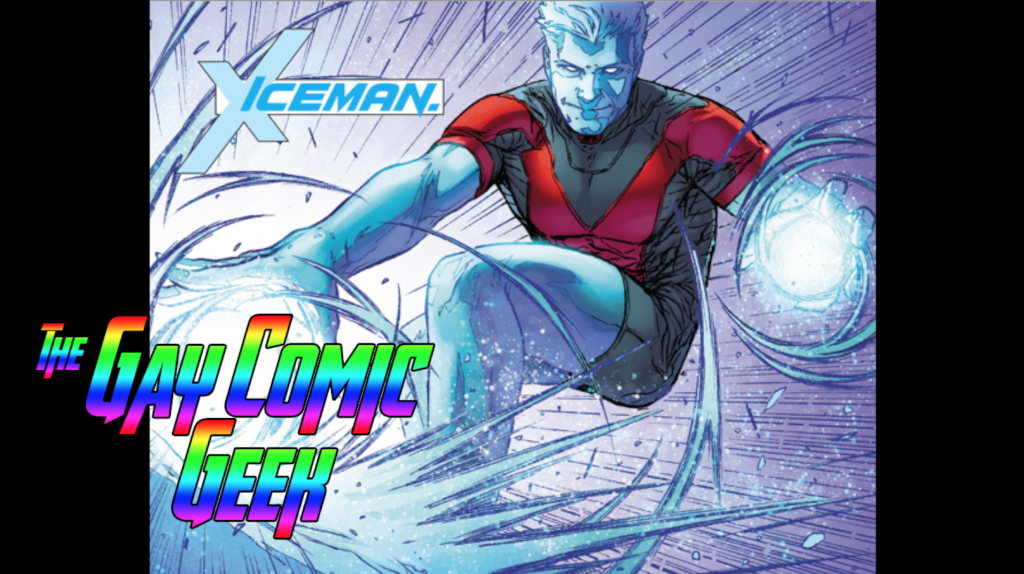 Since Bobby Drake aka Iceman came out as being gay, there has been a lot of controversy over this decision in Marvel Comics. Personally, I think it’s a great idea to show a character that has been closeted for years to finally come out in his adult life. Of course this had to happen after his younger time displace self outed him first. But that’s another topic. This is a great first issue for this ongoing series that was written by Sina Grace and illustrated by Alessandro Vitti.
Visit my Patreon site: Patreon.com/GayComicGeek
My Facebook Page: Facebook.com/TheGayComicGeek
My YouTube channel: YouTube.com/TheComicBookGeeks
My Instagram Page: Instagram.com/GayComicGeek
Tags: book, comics, iceman, marvel, review